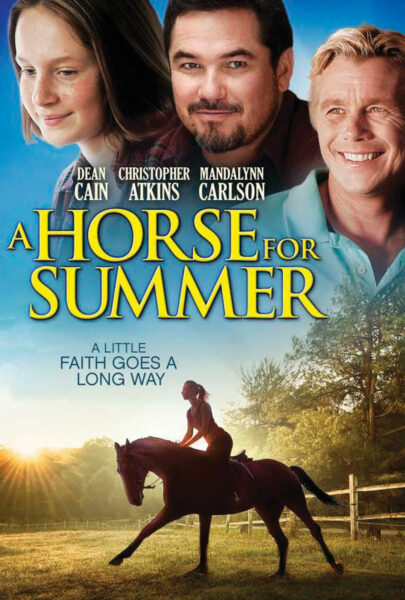 Mandalynn Carlson, 15, won the role of Summer, a troubled teen who ends up living on the streets when her mom is arrested and put in jail. When Summer is rescued from the clutches of a dangerous gang, she’s ordered by a judge to live with her uncle, an Arizona rancher who is having trouble making ends meet.

Summer finds that living with her uncle, Kent Walsh, who is played by Dean Cain of “Lois and Clark” fame, a dramatic change from living with her mom. Rules and respect have been missing from her life, and Summer is expected to help with all the ranching chores, including taking care of the ranch horses.

Summer doesn’t count on getting attached to the horses. But two of them, Dakota and Bella, give Summer something that’s been missing in her life—a connection to a living thing that relies on her attention.

As the ranch’s boarding clients fail to pay their bills, Kent considers moving his family to Los Angeles and returning to his career in the business world.

Summer is worried the family’s move will mean she will be sent to foster care, so she decides to find a way to somehow find the money to help the family save the ranch.

When Bella falls ill, the Walshes’ already strained finances force them to make the difficult decision to use their dwindling savings to save her. Summer steps forward and claims to have found an envelope with a boarding payment from Bella’s owner.

When the local church is missing money, Summer confesses to stealing it. To find out what happens to her, you’ll have to watch “A Horse for Summer”!

We asked Mandalynn a few questions about making the movie.

Had you spent much time with horses when you shot the movie?

No. I’ve done the occasional horseback riding at camp or vacation. But at the ranch, I was with the horses all the time. I spent time getting to know the horse I would be riding because I wanted to make sure he liked me. 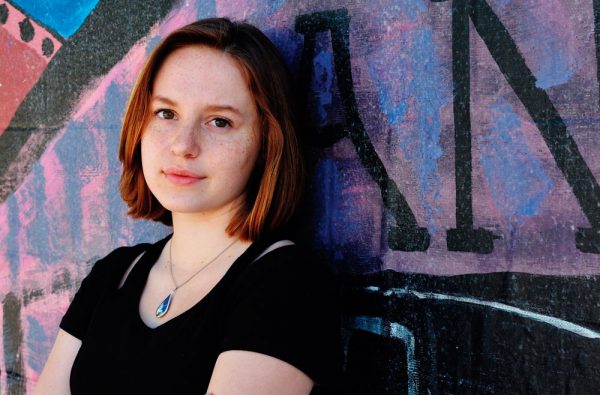 Where was the movie shot?

We filmed in a little town called Queen Creek in the San Tan Valley of Arizona. It’s really beautiful there. We made the movie at a place called Rodeo Hard Ranch.

Nancy Criss, the owner of the ranch, was also the director of the movie. Nancy’s an accomplished rider and rodeo competitor. She did the stunts in this movie. I would love to ride as well as she does!

Did you take riding lessons before the movie was shot? Was there a wrangler on set who helped you with the riding scenes?

I’ve ridden horses before, but not like most of your readers. Your readers are pros. I didn’t have any lessons, but I was lucky to get on-the-job training, and I worked with a really awesome horse wrangler named Jeremy. He helped me learn to ride my horse and how to fall safely because I had a scene that required me to fall off. He taught me to trust my horse and have my horse trust me and want to work with me. 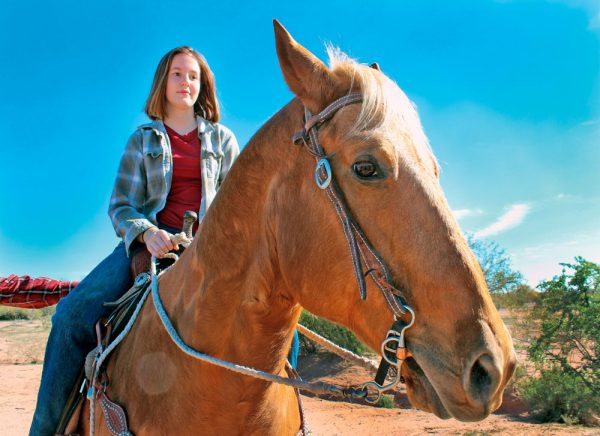 Which horse was your favorite horse to ride?

There were a lot of really wonderful horses at this ranch. Spice, who plays Bella, the horse I ride in the movie, is so gentle. Bella and Summer bond in the movie, and she’s the one thing my character cares about in the world. Taking care of Bella is what turns Summer around.

I also worked with Cowboy, the handsome horse who plays Dakota. There were other horses on the ranch that weren’t in the movie or were only in the background. Their names were Mindy, Cali, Canyon, Rain, Storm and Star, and they were beautiful horses.

My co-star Nicole Criss is Star’s owner. We got to be good friends, so when I go to Arizona to visit, I’ll get to ride the horses and spend time on the ranch again.

Were all the horses well behaved? Did any act up?

Well, Cowboy sometimes didn’t want to move, and when I was riding in the desert, he decided to stop and try to eat a tree. Jeremy had to help me get him refocused on shooting the scene.

Since we’re talking about horses acting up, though, I just finished filming a movie in Texas called “A Christmas Promise,” and I had to ride a very expensive horse named Epic Dream, and she was determined to test me. The cameras really spooked her, and she took off with me twice in the arena.

I was supposed to ride her in the last scene of the movie, but they just walked her into the scene and I didn’t get on her. I guess she’s not a Hollywood horse! 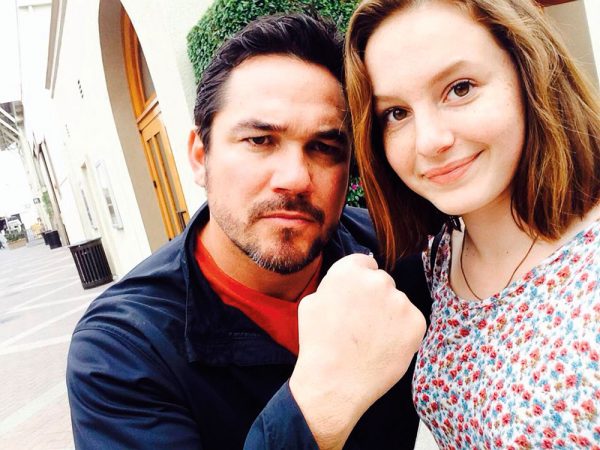 Do you think you’ll continue riding now that the movie has wrapped?

I’d love to keep riding. We have a couple places close to where I live in Los Angeles where I can ride. I think once I graduate high school and have a little more time, I’ll do more trail riding. I like to be in the mountains around our valley.

A director contacted me recently about making a period piece where I’d need to ride again, so we’ll see.

It shows how a girl and a horse can be best friends, and how they can connect with each other and rely on each other. It’s a great story, and I think that girls of all ages will love it.